Those of you that caught it, I'm sure enjoyed last night's BBC documentary
on clockwork and automata.
Coincidently, just a couple weeks ago we mentioned this documentary
by providing a link to an online clip with detailed biographical details of Jaquet-Droz,
the clever watchmaker and clockmaker, maker of the Writing Boy automaton.

If your imagination was captured by the intricate workings of mechanical
ingenuity and you got a glimpse of how difficult it was to create such a masterpiece
in the mid 1700s, then viewing was time well spent.

However, I was disappointed with the number of non-horological conclusions and dramatization
of the narrator. Some of them were simply stretching and reinterpreting the history of automata
in a very speculative way. Others were just pure fantasy.

A couple of examples: Jaquet Droz's automatas were not responsible
for events leading to the French revolution. His intention was not to
imitate life and the appearance of kings and queens in his work.
It would be like saying that Utzon's Opera House was reason
for change in the government of NSW.
Utzon was a genius, visionary, and artist who could not care less about
politics, or even opera. And so was Pierre Jaquet Droz.

Droz made his magical automata because these intricate pieces were
'sitting' inside his mind. The mechanical creation was just a materialization
of mechanical working no one else before him had though of, imagined,
or was able to create. He was also a well-known, accomplished clockmaker
and watchmaker, which he used in a way of marketing.
Basically, with his automata he was saying, "This is who I am and this is what I am capable of.
There are many watchmakers out there, but I am head and shoulders above
my competition." And he was.

Another amateur interpretation is the explanation for appearance of medieval city clocks.
Suggesting that "towns build clocks so citizens can live in peace and order,"
was a great miss of the obvious.

Town clocks are a direct result of ordinary man's fascination with the
heavens, which was far greater many centuries ago than it is today.
The large clocks showing the sun, moon, and planets were just
replicas of table-sized astronomical clocks which first appeared as early as the 1300s.
For a town to have a large, complex astronomical clock was a sign of wealth,
sophistication, and artistic sense. This is precisely why Australians are proud of the Opera House.

Adding an automata to clockwork was just another level of complication
which attracted travellers from far and wide to visit the town
with that most amazing, almost magical, clock.

Such grand clocks were built to mystify the viewer, to fascinate and amaze.
Like automata, they were built virtually regardless of expense,
and their like had never been seen before.

In order to produce such masterpieces, the most famous clockmakers not only had to have
profound knowledge of mathematics and astronomy, but also of metallurgy.
For over 700 years (from the birth of the mechanical clock until the end of the 18th century)
the leading clockmakers were probably the most skilled and ingenious group of
craftsmen to inhabit this world.

The watch you wear today is just a miniaturized, mass-produced, simplified, and
reduced-to-bare-basics replica of those grand timepieces.

One can see a watch as a miracle of mechanical engineering,
a precision instrument, piece of jewellery, or an object of art.

But reducing it down to mere brand name is unfortunately
a clear sign of a lack of basic understanding and appreciation of horology.

Listed below is our original article:

*** Pierre Jaquet-Droz and his marvelous world of mechanical automata 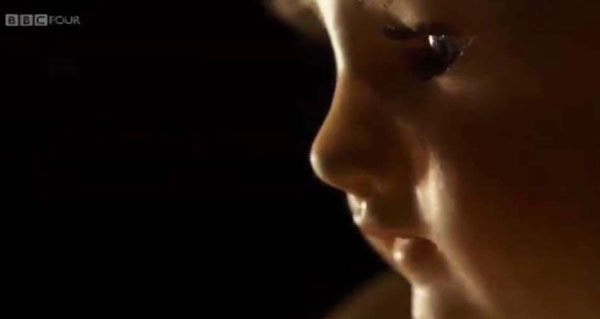 Today I got an email from Stewart F, a subscriber, about how he just discovered a "clip from a BBC4 show which demonstrates a remarkable piece of design. My kids and I have watched the film 'Hugo' several times and I am pretty sure I assumed that the automaton that features there was the invention of a script writer - not so at all."

I am not going to spoil your enjoyment, but here is a brief intro:
Pierre Jaquet-Droz was a Swiss-born watchmaker of the late eighteenth century.
He lived in Paris, London, and Geneva, where he designed and built animated dolls, or automata,
to help his firm sell watches and mechanical birds.

You can watch the clip and then return to our article to read more.

"The Best Offer" - with Geoffrey Rush - a story centered on an eccentric art auctioneer is another movie featuring 'automata' doll. I am sure you'll enjoy it. Pierre Jaquet-Droz (1721-1790)
Born on July 28, 1721 in La Chaux-de-Fonds, Pierre Jaquet-Droz was the son of a farmer who was an occasional clockmaker as well. He studied humanities and philosophy in Basel from 1738 to 1739 and then became interested in horology. We know little of him as a person, only that he was sober, serious, taciturn, and very careful in his work. On October 25, 1750, Pierre Jaquet-Droz married Marianne Sandoz, the daughter of Civil Lieutenant Abraham Louis Sandoz, who was later to accompany Pierre on his trip to Spain. At the age of thirty-four, Pierre Jaquet-Droz was left a widower. He never remarried, and seems to have devoted himself to his work as a watchmaker with all the more intensity. The second child of Pierre Jaquet-Droz and his wife Marianne, Henry-Louis, was born on October 13, 1752. Recognizing that he was a gifted child, his father sent him to Nancy to study music, science, mathematics, physics and drawing. In 1758, Jaquet-Droz made the long and difficult journey to Spain, to present his works to King Ferdinand VI.

When he returned, the sum he brought back enabled him to devote himself to the making of the famous Jaquet-Droz automata, the writer, draughtsman, and musician, and to found the successful Jaquet-Droz firm, in London and Geneva, for the making of extraordinary mechanical and musical pieces. Upon his return in 1769, Henry-Louis took his place in his father's work-shop alongside Jean-Frederic Leschot (1746-1824), an adoptive son. It was the beginning of a close and fruitful partnership between the three men. Pierre Jaquet-Droz was the first to make singing bird boxes and enjoyed an excellent reputation for complicated clocks, Neuchâtel clocks and automaton timepieces. When Pierre Jaquet-Droz grew old, the firm was taken over by his son Henry-Louis and Jean Frédéric Leschot, under the name of Jaquet-Droz & Leschot. Pierre Jaquet-Droz died in Biel in 1790, at the age of 69.
Posted by Nick at 3:02 PM No comments:

The other day we received a Rolex GMT in the mail.
One of those 'never seen before' jobs.
The bracelet was twisted with such force that I had no choice but
to email the owner to find what happened to both him and his poor Rolex. In reply, he sends us photos of idyllic Seychelles.
And right on the beach there is that to-die-for house
he owns - where he spends most of the year in leisure. So - one day while doing some repairs on the roof, he slipped.
On his way down, his Rolex got snagged on the gutter and broke some of the
momentum of his descent.

Luckily, he survived with no damage, partially thanks to the watch
snag significantly slowing him on the way down.
Unfortunately, the Rolex's fate is still unknown.
While the bracelet did get badly twisted, the watch stayed on the wrist - this
is a credit to its durability and robustness.
On the other hand, if the pins had given in, there would be hardly any other damage to
the bracelet and this would be an easy and inexpensive repair. However if he had been
somewhere else, like a boat, the watch might've fallen and been lost forever.

The bottom line: don't wear your Rolex when fixing the roof.
And ESPECIALLY not so when operating power tools or other machinery.
In case of an accident, something will have to give in.
You don't want to find out if it's your wrist or your watch.

Today I have finished my restoration of the bracelet. This included replacement of steel pins, re-pinning, and replacement of sleeves, among other tasks. Everything was done by hand and was worked on-and-off over two days. It has come a long way from when I received it, and you can see the last steps of the restoration below: $1 Rolex: Brace yourself for an insane offer ! I'm known in the watch industry for being different.

I buy watches, sell watches, repair watches, and run two of the only watch newsletters every week for my customers. I run my business my way, and very much enjoy what I do.

Next week, however, I might go a little too far. There is a limit to craziness, and discounting a watch over 99.9% is somewhere even ebay veterans fear to go.

This next week's Premium Newsletter will contain an offer for one person to buy a Rolex Explorer II (serial number starting with Z) for the insane price of... just $1.

Now this is how we're going to do it:

1. The first Premium subscriber to reply to the newsletter offer will get the watch
2. The watch must be paid for in full ($1), and picked up in person from our shop in Sydney.
If you are not from Sydney, you can send a friend/relative to pick it up on your behalf.

If you're not already a Premium subscriber ( http://www.clockmaker.com.au/premium ) then sign up as soon as possible to get in on the action. Then keep an eye on your inbox and your trigger finger on your mouse while you wait for our premium email to arrive in your inbox sometimes between Monday Oct 21 - Friday Oct 25.

As you know, this Rolex Explorer II on the pre-owned market would run $5,000-$6,000+. The picture above is the actual picture of the Explorer II.

Obviously, the first reason for such a deal is to get you subscribed to my Premium newsletter.

The second reason for this crazy sale: I've always wanted to be known as the dealer who sold a Rolex for $1. I simply want to be the first to claim such an insane title.

Let's have some fun!

And the winner is: Tomas Price!

Congratulations to Tomas Price, whose swift fingers allowed him to clinch our Rolex deal. We were able to film the entire event from the moment we sent the email out, and all the chaos that followed. Fun fact: While selling a Rolex can take hours to months depending on the type of client, selling a Rolex for $1 only takes 26 seconds. I'd like to thank everyone for participating and making our first event of this type a great success - keep your eyes peeled for more to come. You can view the video here. Pictures of our winner picking up his watch are shown below: