From the world's smallest watch brand: Makino up and running!

Yes, we are happy.  The 50 micron wire cutter has been successfully installed.   Exclusively for our rebelde comrades: here is the picture of a first test cut. For comparison, the top surface is a standard milling finish , the cube itself is cut by EDM. The finish  can be best described like one on the edge of a razor blade. Scary!
The cutting time for this tiny cube: two hours.  Machining cost:   Just over $120. It goes without saying that only the space, medical and watch industries can afford such costs.  Exciting times ahead! 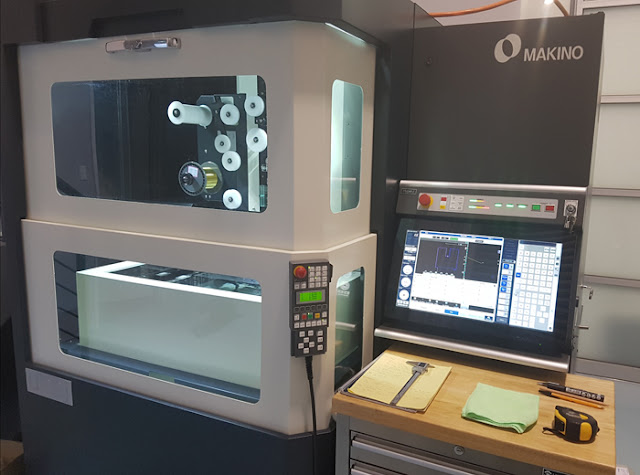 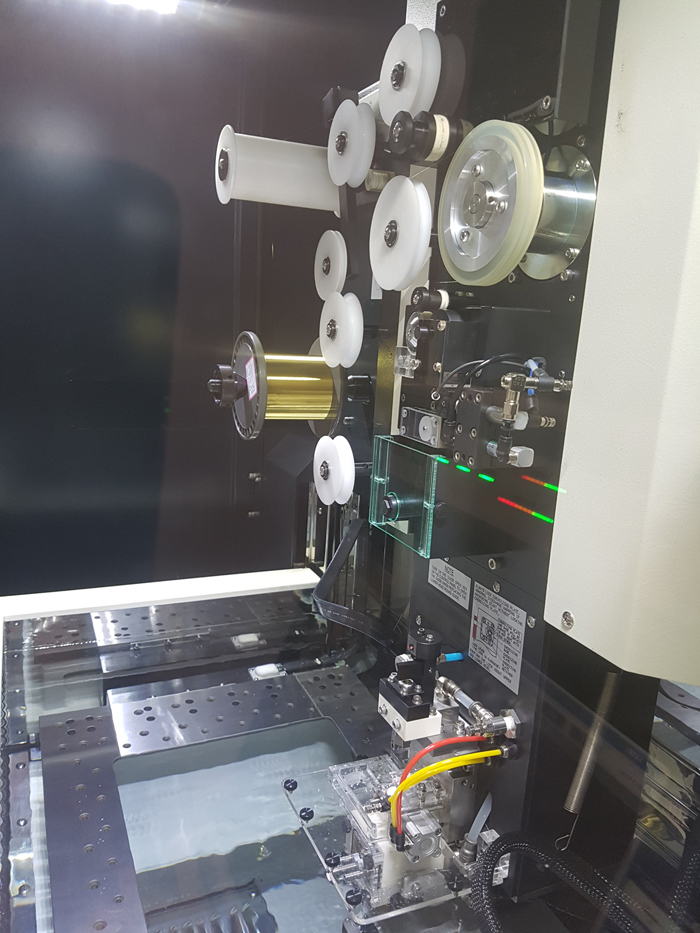 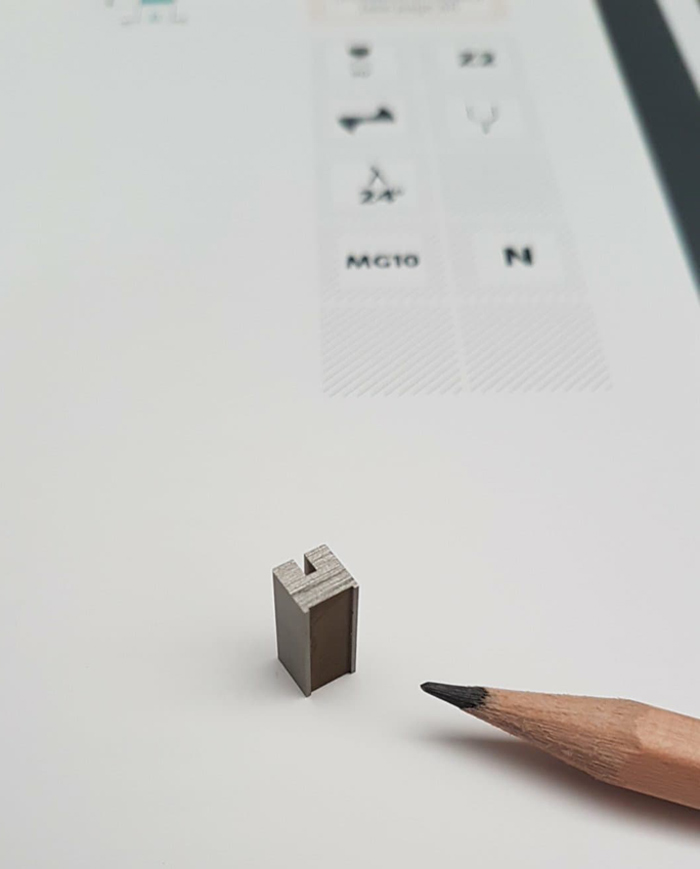 This week Michael (the German technician who came to install our Kern mill), Josh and Andrew went through hell. After four 12-hour-shift days, the installation hit a wall with great force: the laser adjustment tool required for 'final alignment' is still on its way to Sydney. Obviously, this delay will cost us time and money but we are still conservatively optimistic that by the end of next week Kern will be up and running. The preliminary test runs are all good: the hydraulics, cooling system and electrical/electronic commands and the main spindle 3-hour tests are all OK.
The complexity of the system is mind-blowing and we have learnt that no part of the machinery can be regarded as 'auxiliary'.  Each component and each parameter is absolutely critical.  For example: the oil in the hydraulic system which is responsible for the movement of the main table has to be chilled to an exact temperature of 21.0 C. For that to happen, the Kern is fitted with not one but two “refrigerators”: one which produces a cooling liquid chilled at 11.3C and the other which 'outputs' 17C.  The final temperature is then finely tuned within the 3-tonne iron cast base which itself acts as a large capacitor.
Such a fine tuning can be only achieved when one cooler is located as close to the machine as possible, while the other is located as far away as you can place it. The Australian summer is not helping either, with temperatures soaring to 40C inside the factory unit.  The amount of heat generated is close to unbearable and in addition, we are drawing so much current. Right now, the entire system is pushed to the absolute limit which means just one thing:  Further reconfiguration, more insulation, better pipelines and a further upgrade to the electrical wiring.
One thing that needs to be recognised, and given credit for, is that these guys below are just Aussie kids setting up one of the world's most precise machines.  These are the future makers of your watch so don't forget these faces. 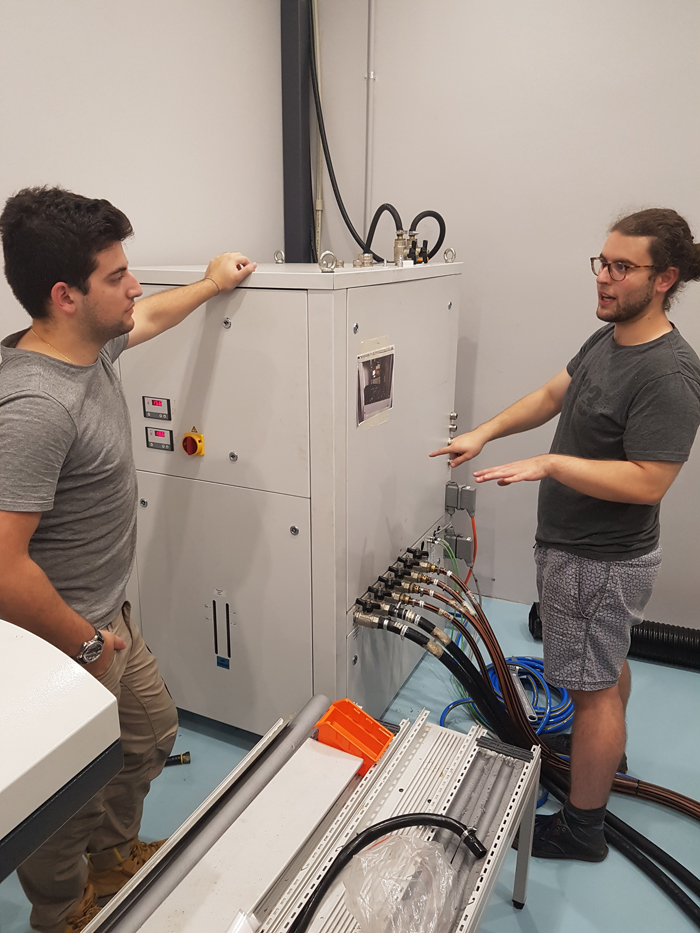 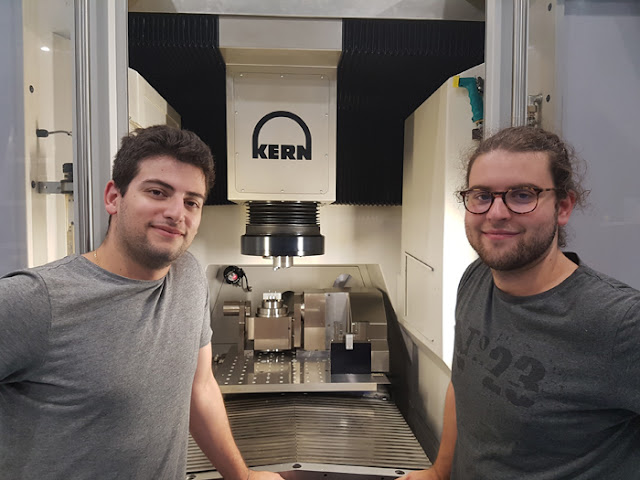 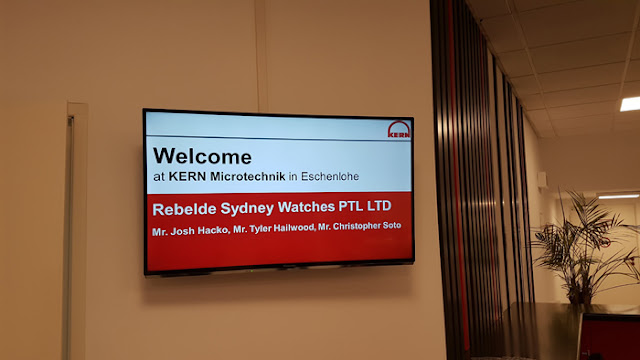 "Just finished 8 days of training in Germany, at the precision machine tool builder, Kern Microtechnik!  The red machine behind me in the photo below is the most accurate machine tool in the world, holding a scattered position tolerance of 0.3 microns, which is a 3000th of a human hair! In fact, the research and development team at Kern have actually drilled HOLES through human hair with Pyramide Nano - the very same mill to be used in Brookvale #makinginternalcomponentsforthefirstandonlyAustralianmadewatch. Next stop Switzerland!" 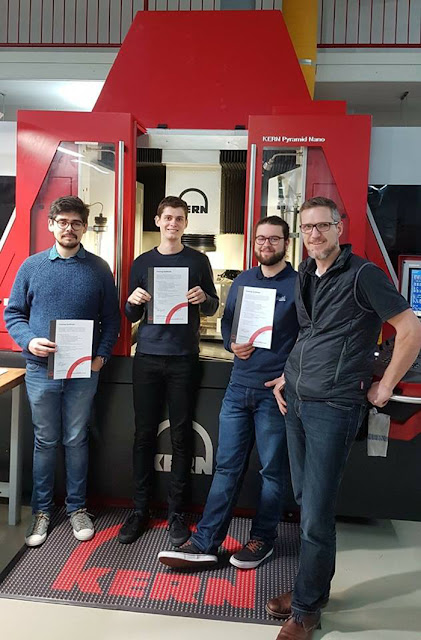 This is a cool little video showing magnetised watch pallets.  Magnetism in horology is extremely annoying.  The magnetism is causing erratic performance which is hard to pinpoint.  Luckily, it's easy to rectify by running the pallets through a demagnetiser.  The escape wheel pallets and hairspring are are three crucial components in watch escapement and all three being made out of steel are highly susceptible to magnetism.