Not long after the first batch of manual wind rebelde with Swiss movements was assembled, I started toying with the idea of designing a 40mm stainless steel chronograph.  Nothing fancy.  The only requirement was that it would retail for between $2,000 and $2,500.

The obvious choice was a Valjoux 7750 movement, but at about that time Seiko released a new NE88 column wheel chronograph which simply kicked 7750’s bum.  I quickly placed an order for 100 movements but, by the time they arrived, I was already heavily involved in the design of rebelde Titanium, and for the past three years the Japanese Seiko movements were sitting in a safe deposit box.

Of course, our religion is Swiss.  And not just ours; the power of Swiss advertising, the lure of swissness and the arrogance of “no stock for you” makes us wanting that swissness even more.  In other words, we are not victims, we are active participants, and happy cult members.

Last week “with nothing better to do” – encouraged by apprentices’ curiosity – the batch of dormant NE88s was once again the topic of conversation.
“What are we going to do with them? And when?”
“Probably nothing”, was my reply.  "If anything, ever, we will do a chronograph which will be a tribute to Japanese horology, yet in the style of 1960’s Swiss chronographs".

To my surprise, Michael took this passing comment seriously enough to start preparing some sketches.

So here it is, my subscribers, The Flying Samurai. 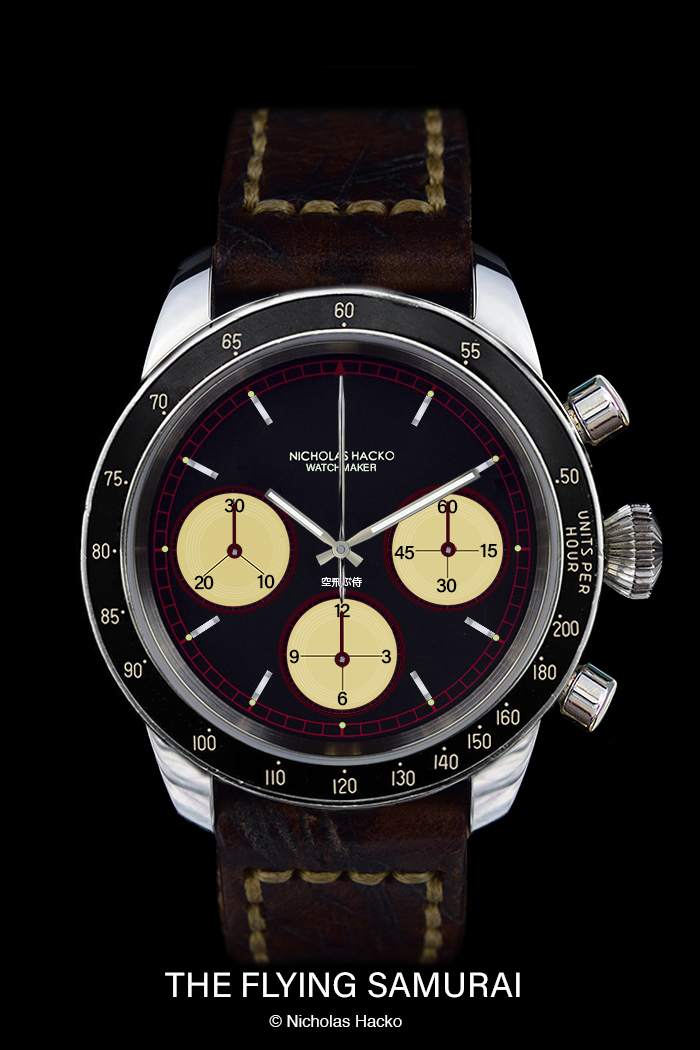 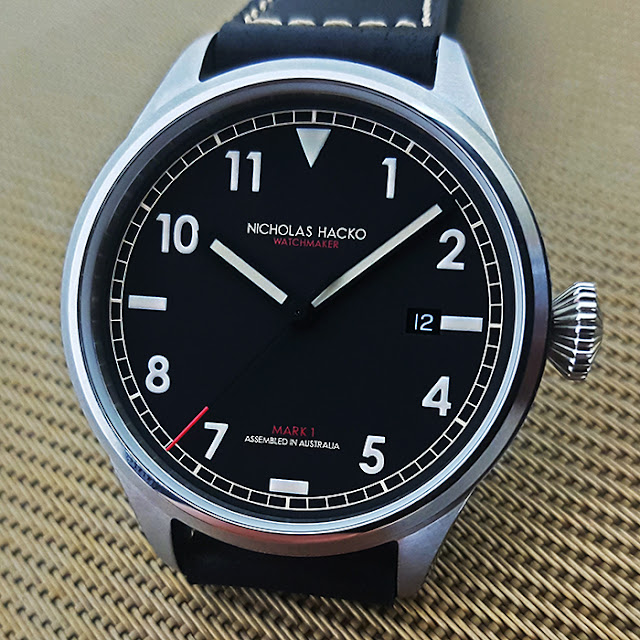 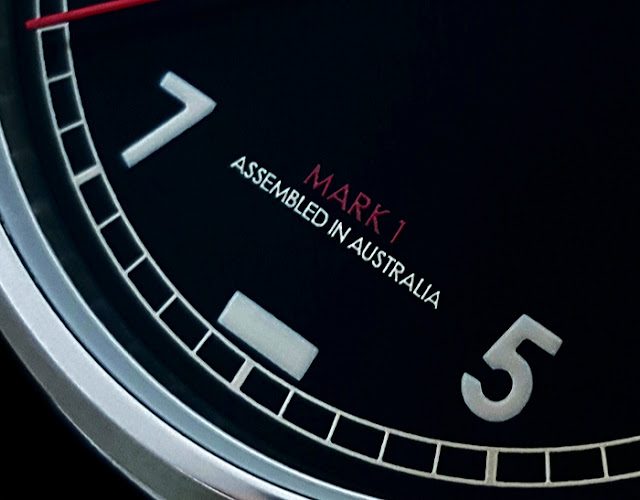 *** Mark 1: Taking Orders Now!After almost 2 years in development, we can finally see the light at the end of the tunnel.  Not quite yet there, but not too far either.

Yes, I am now ready to take your order - so feel free to put your name down.

Before we go any further: a brief introduction to the project:

MK1 is a 40mm case steel watch on a leather strap. The mechanism is Swiss-made automatic with a central sweep hand and date function. The watch is fully water resistant to 10atm.

The mechanism is a high grade, high accuracy chronometer specs movement with signed, custom made rotor with Geneva stripes.  It is as good as any high grade Swiss movement commonly found in IWC Mark 16/17/18. Accurate, reliable and - most importantly - repairable.

The case is 3 finish 316L steel with transparent screw lock case back and screw lock crown in the style of 1950- 60's wristwatches, but more robust and with a modern twist. Case lugs spacing is 19mm, which is a hallmark of our original, in-house design.

The dial and hands colour scheme closely follows our traditional 'rebelde style': black matte background, cream luminous markers and hands, with a hint of red. Those of you who are following us may remember that we invited suggestions for the dial design. Over 30 proposals were submitted - and we selected two winning designs.  However, due to a number of reasons both proposals proved too much of a challenge for two dial makers. My resources and patience was stretched so thin that after 6 months of pain and stress the decision was made to go back to a simple but proven design. This is in no way to show any disrespect to any of you who kindly tried to help - rather a practical cut which helped get the project back on track.

We are working on a selection of leather straps (Italian leather, American horween leather, as well as locally made kangaroo and crocodile straps).  There will be no shortage of a suitable strap for Mark1.

Timeline: all components except the dial and hands are now in stock. The delivery of dials is expected in April, allowing me to commence assembly.  Assuming no major hiccups, the first MK1 should be ready for delivery on June 1.

Fine tuning: sapphire crystal! I am not a big fan of anti-reflective coating. AR is a two-edged sword: while it does reduce reflection on the dial surfaces, it introduces a bluish tint. Also, when applied externally, it is relatively easy to scratch. IWC, Omega, Breitling as well as all other high grade watchmakers face the same challenges and no-one has come up with a perfect solution. Right now, I am talking to an AR coating specialist capable of coating crystals 'from underneath '.  Again, this could turn out to be a very minor improvement to minor glaring but any improvement would be beneficial.  The good news is that a new crystal installation should not slow down the overall assembly.

Mark 1 is not an Australian MADE watch project which is a different chapter altogether. But like with all other rebelde watches, MK1 components are manufactured overseas, as per our design. We deal with 11 part manufacturers who make components from our own design drawings, and MK1 will be completely assembled in our Castlereagh St workshop. Accordingly, the dial is proudly signed "Assembled in Australia" .

The case back is also signed "67 Castlereagh St" - a proud statement of the place your watch was born and took its first breath.  Again, each MK1 will be completely assembled by myself, leaving only minor tasks to assistants (strap and buckle installation, water resistance testing, timekeeping checking, packaging, etc). 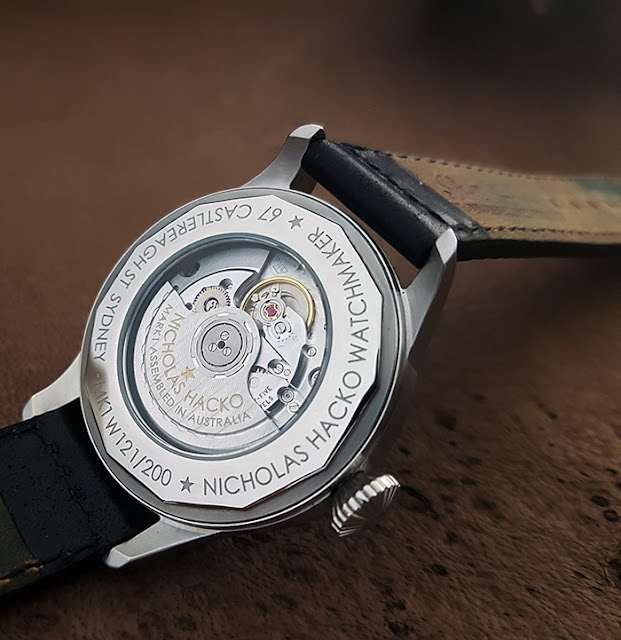 To avoid any unnecessary pressure: no deposit is required - a simple email is sufficient to secure your place in line. Once your watch is assembled you will be invoiced for the full amount.  During the following weeks after assembly, the watch will undergo final timekeeping checks and adjustments and then it will be ready for shipping.

Current rebelde owners will have the chance to pick their serial numbers, whenever possible.

Of course, you are welcome to visit us and try one of two MK1s which are fully assembled and functional.  Please call for an appointment on (02) 9232-0500 to order or view your Nicholas Hacko Mark1 watch. 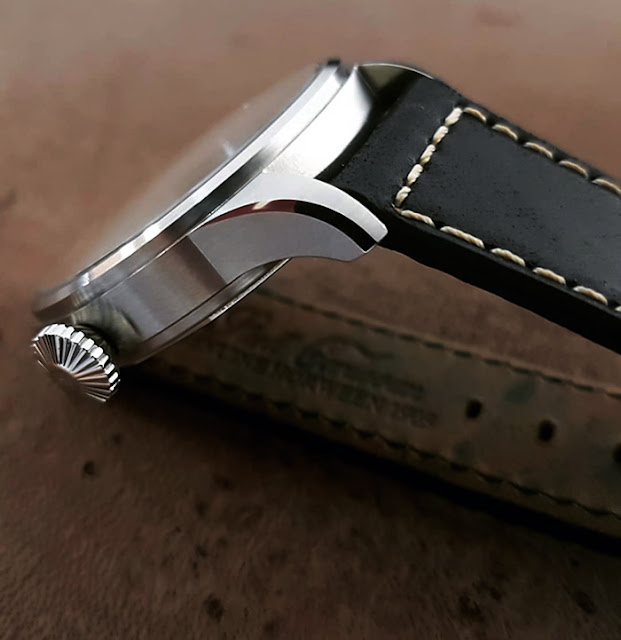 Need a watchmaker's loupe?  Visit our online shop: - http://shop.clockmaker.com.au/
Posted by Nick at 9:44 AM No comments: