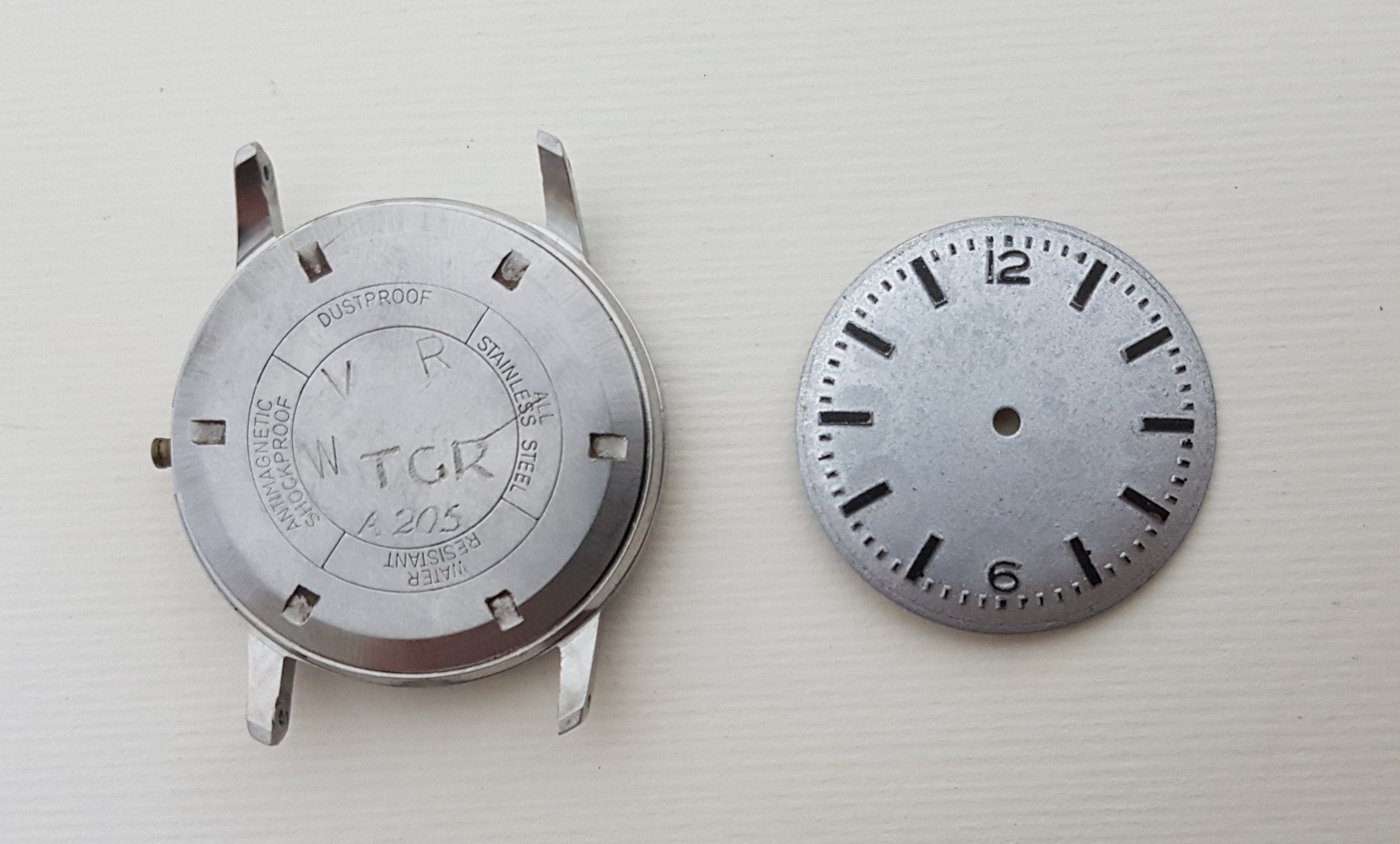 Last week I got in touch with an antique dealer from Hobart. Of course, the conversation turned quickly to railway watches - and especially Tasmanian Rail issues. Unfortunately he had none - pointing out the obvious: The Tasmanian Rail network was really a fraction of the size of NSW or WA and he has only come across a few pieces. Then he remembered a 'junk case' which “could be a railroad watch”, with the promise he'll send it my way - if he ever finds it.

A couple days later he said he had found it and I could have it for $50. The railway number was intact, but he skilfully curbed my enthusiasm: the watch is beyond repair. Fine with me.

The watch (or more precisely its remains) turns out to be quite a gem: a 'double signed issue'. It has V R W (Victoria Rail watch) as well as TGR A205 Tasmania Rail number. Clearly, in the 1970’s Tasmania Rail was in need of a watch, and they sourced one (or more?) from Victoria. Which makes perfect sense.

At this stage we have no idea how many 'double signed issues' are out there, but if you do come across a Tasmanian Government Watch snatch it at all costs.

As for the restoration: thanks to what we know about VR watches so far – the original piece was Peerless fitted with AS1900/01 so finding a donor movement is not going to be that difficult! We will keep you posted.

REMEMBER: anything double signed and double issued is rare - therefore worth more, and worth collecting.
Posted by Nick at 4:36 PM