Yet another fake Italian Omega

A few months ago, I told you a story about fake Omega watches produced in Italy during the early 1970s. ( Link )

Well here is another one: this baby came in on Monday for a valuation. It came from the same part of the world, except this one was just a nasty, plain rip-off; probably the worst example I've ever seen. 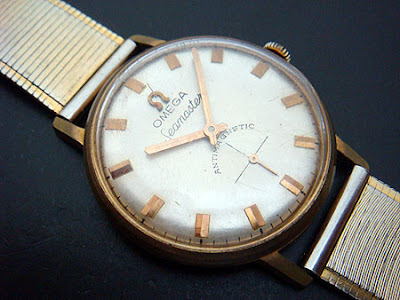 While it looked fairly 'convincing' from a distance, the case back revealed the true origin: Il Ponte Rosso Special :-)

Base metal case back was enthusiastically stamped "18K gold", as well as the bracelet clasp. 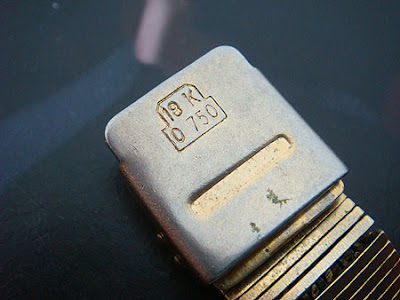 Obviously this one was produced to fool only a drunken sailor at 4am.

So what puzzles me is this: why did they bother then to etch the movement with a fake Omega symbol? Like the sailor is going to ask "can I see the movement please?"
Yeah, sure. 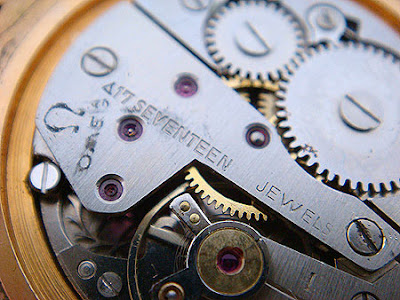 Anyway, I've told the owner that the watch is not only a fake, but a bad one which is only good for educational purposes. He said: "You can have it then". To keep my promise, I'm sharing the photos with you.
Posted by Nick at 3:47 PM