The Egyptians got it right!

Have you ever wondered why your watch tells the time in a 12-hour format?
If the day contains 24 hours, why are we so comfortable with the concept of 12 hour division instead of a more logical 24 hours division?
To find the answer to this question, we need to go back in time- to ancient Egypt. The Egyptians were obsessed with numbers and were very practical with their approach to mathematics.
For simple calculations, they used a base-12 system.
Unlike the number 10 (the base we use today), the number 12 is really a 'magic' number: it can be divided with 1,2,3, 4, and 6.
To count to 10, you can count your fingers on both hands. But to count to 12, you can instead just count joints on one hand! Therefore you can count more on one hand and use your second hand to hold a tool or a weapon!
Here it is: the world's oldest and simplest calculator - your hand: 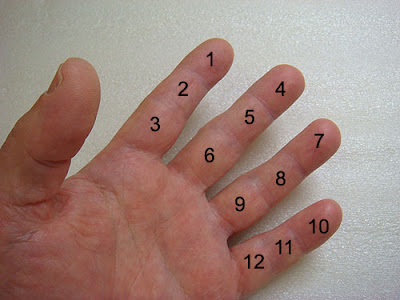 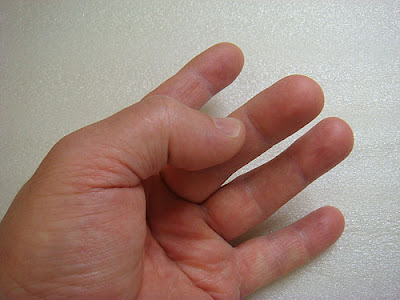 The superiority of the Egyptian base-12 counting system was obvious, and it was used for all simple calculations, including time division.
While Egyptians had many different "clocks" (the water clock or clepsydra was their original invention), the most widely used timepiece at that time was the sun dial.
Because a clock which runs on sun could only measure daylight hours, the day-time hours were divided into 12 units. And so were the night time hours, with one sunrise to sunset cycle being divided in 24 more-or-less equal units. 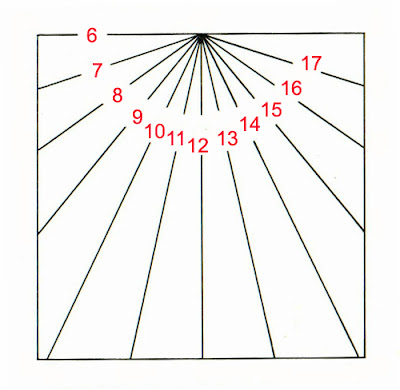 This Egyptian division was passed onto the Greeks and centuries later on, to us.
The very first mechanical public clocks in 13th century used the same 12 hour time division display. While mechanical clocks were perfectly able to tell time in 24 a hour format, they too were 'in use' only during day time so 12 hours was more than sufficient for everyday use.
The first public clocks had only one hand, which was precise enough for most users. In a similar manner, the first domestic clocks only had an 'hour hand' as well. The minute hand was added later - actually long after the clocks were featured with date / calendar and moon dials. 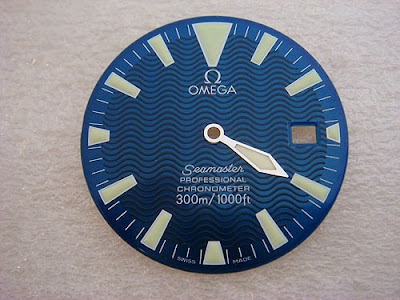 In other words, the reason why your modern watch dial looks like it does is because your hand looks like it does. And because of the Egyptians and their obsession with precise division.
A note on medieval clocks: the moon dial was actually one of the most important features and it was a 'norm' with all better clocks. While our need to tell the moon phases is no longer important, the moon dial is still one of the key traditional features of a quality modern watch.
While the majority of timepieces are constructed and designed for everyday use by ordinary users, it is important to note that the 24 hour format is equally important to astronomers. Here is a picture of an astronomical clock in Hampton Court Palace, London:
Today, wrist watches which display a 24-hour time format are popular with users who need to measure and record GMT time. Military users, radio operators and pilots who travel over various time zones to mention just a few. However, thanks to our lifetime exposure to the 12-hour format, our brain is not comfortable with this concept, and telling time using such devices requires mental effort.
In some way, 700 years from the invention of the first mechanical public clock, some watchmakers have reached the full circle, returning to a pure, simple, single-hand 24 hour display:
While the above model from Jaquet Droz is out of reach for most watch enthusiasts, it still presents a fine educational example for a keen student of horology.
And here is another example of a watch by JLC which clearly demonstrates the makers' understanding of the time display concept featuring an AM/PM indicator.
How to display time - and most importantly what to display or omit form the dial- is one of the most challenging steps in watch design. A seemingly small, unimportant or redundant detail can make all the difference between 'just another watch' and a GREAT watch which combines functionality, mechanical properties and design into a horological master piece.