Another Act of Rebellion

***Another Act of Rebellion 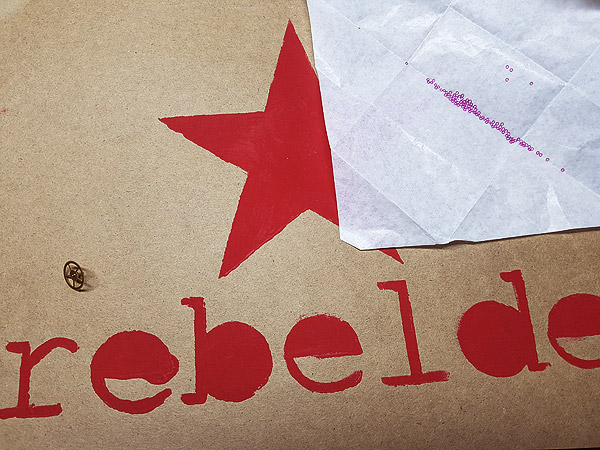 If there is one thing about the rebelde project that I would change in a heartbeat, it would be the word 'rebelde' itself.
If you're from an English-speaking background then you will have a hard time pronouncing this Spanish word properly. Because in English that 'e' at the end of rebelde is silent, yet in Spanish it is the last tone that gives the word its unmistakable meaning; an on-going battle, a rebellion against mighty forces that want to enslave you.


But then again perhaps there is no better substitute, no better word that could describe the struggle of a small independent watchmaker that is trying to break free of Swiss shackles. And today is another of those small victory days; a break-away day from Swiss jewel suppliers.

A quick introduction into watch jewelling: a watch jewel is a synthetic bearing which holds (hugs?) the pivots of the watch wheels. The quality of the watch and its ability to keep time is directly related to the quality of its jewels. The watch jewels are incredibly small yet polished to perfection. There are only a handful of watch jewel manufacturers in the world and most of them are either Swiss or use Swiss materials.

The dependency of Swiss-made jewels in the watch industry is such that even the most famous watchmakers (both large and small) would not even consider making jewels in-house. The technology, knowledge and expertise required in jewel making is simply beyond their reach.

If you're a small watchmaker trying to create your own watch mechanism, then the gear-train design would be a catch-22. Before you can design the wheels you would need to know the size of your jewels. But there is no such a thing as a standard jewel size because jewels are made to specific requirements. In other words, you cannot go to a jewel manufacturer and say that you would like the same jewels as they make and supply for Rolex. The jewel manufacturer would ask you to provide your own specific measurements. What makes things more complex is that even a simple mechanism would require 10 different jewel sizes. Multiply that figure by the minimum order quantity requirement and then by the price per jewel and you will come up with a figure of around $60,000 - for just one calibre.

This is a scary figure. But if rebelde is to become known as a maker of its own in-house, Australian-made movement, then this investment is unavoidable. Today we received samples of a Japanese jewel manufacturer, a leader in their field, who is interested in our order. The good news: we will have our own jewels and they won't be made in Switzerland. While we haven't even commenced the design of our in-house movement, we believe that we can have a working prototype in less than 5 years. It will take many small victories like this one to get there, and this is why we count on your continued support. 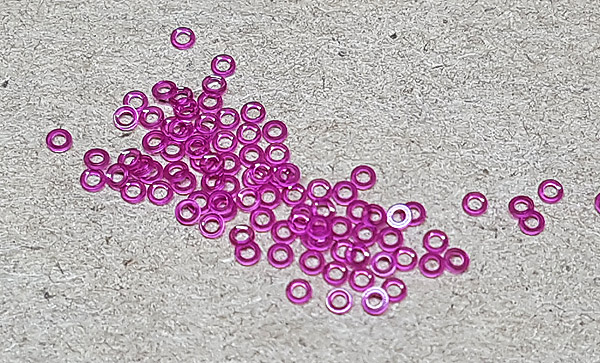 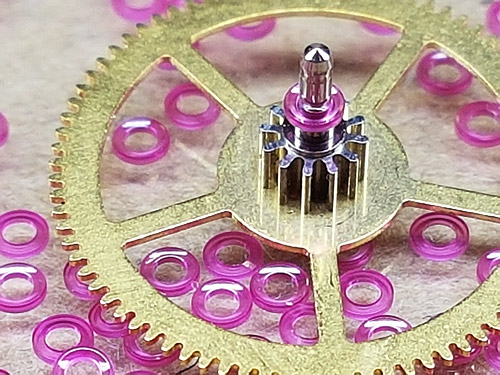 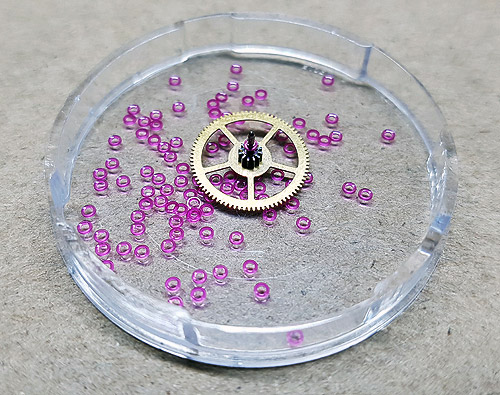