Breeding kangaroos at the top of the Mont Blanc

***Breeding kangaroos at the top of the Mont Blanc 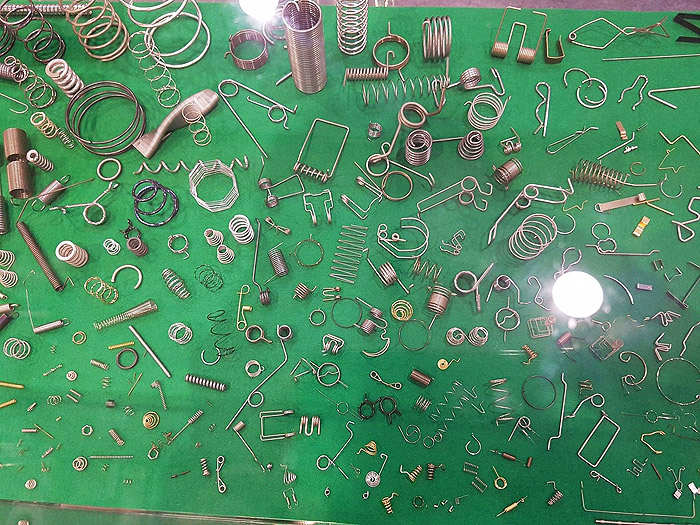 After spending a week in Geneva, I am now heading north towards Neuchâtel and La Chaux-de-Fonds; regions that specialise in the production of just a handful of components, supplying the 'brand names'. While the watch industry is the core, finely-machined components are supplied to the medical, electronic and military industries as well.

So what makes the Swiss swiss? Apart from the obvious - the know-how and super precision equipment - it is the tradition, persistence and unique mindset that makes the Swiss business model so resilient, practically with no competition.

The business model has been unchanged for hundreds of years: from father to son. The small factories are passed on - and with them, the capital, knowledge and connections. But 'passed on' does not mean mere inheritance. Rather, the sons are expected to purchase the business from their fathers, then work hard to pay off the loan while continuing to invest in new technologies. Taking into account that the 'product' must remain price competitive, this is a huge challenge for the new generation. But the kids are doing fine - and so far I have met at least a dozen businesses where I am dealing with 20 or 30-something CEOs who are 'on fire'. Yes, the fathers and grandfathers are quietly watching from a distance, keeping an eye on the deals and transactions but the 'next generation' of Swiss entrepreneurs are firmly seated and in charge.

"Established" is the key word. To be taken seriously and considered as a potential customer, I am expected to be established and have a proven track record. My introduction is brief, and to the point: "a third-generation watch repairer, and the owner of the smallest watch brand in the world with 660 watches sold, all working." "Is this your watch?” - is the first question I am asked. And without exception, it is the rebelde watch itself that opens the doors. Humble, but obviously robust, traditional yet raw. "So which components do you actually make?" is the second question.
"At this stage, cylindrical components under the radius of 4mm, however we will be soon making the main plates and bridges. This year we intend to acquire a gear hobbing machine and pivot burnisher, and this is why I am here."
The mention of these two highly specialized pieces of equipment often results in a rather puzzled look. "Wouldn't be easier to subcontract those operations to wheel specialists?" And from then on, I go on to explain in length that there are no watch gear-cutting specialists in Sydney, nor in Australia. Actually, we are the only watchmakers in Australia trying to make movement components and our journey to our own in-house movement will be long, unpredictable and bumpy. But we are determined and we will get there, sooner or later.

I am sure that some of my subscribers will question next my statement, but I am taking the risk of being misunderstood:
‘Swiss made’ is so easy - if you are in Switzerland. There are countless numbers of specialists who will be more than happy to manufacture any component you want or need, even in a quantity of one. If I were to relocate to Geneva, I would have my own designed "Swiss Made" watch movement in less than 12 months. But “Made in Australia” is extremely difficult. Not only because of the enormous financial commitment, but because we are attempting something that is next to impossible. We are pioneering an entire micro industry in our own backyard. And this realization is unbearably painful. Making watches in Australia is more difficult than breeding kangaroos at the top of the Mont Blanc. The challenge which borders on the insane, a useless task destined to fail.

At the same time, and for that very same reason, even the little that we manufacture right now is truly very special and impressive; probably more so to the Swiss than Aussies. But our time is yet to come...

I will leave you now with just two mind-bending thoughts:  I have met a Swiss spring-maker who manufactures one type of spring. He is so sub-specialized that one of his machines has been making that very same spring for 13 years, 24 hours per day, seven days per week. One spring, one machine, 13 years, non-stop.
The second case: I meet the20-something CEO of a stem-making company. After learning that we have a CNC machine capable of full industrial production, he asked how many watch stems I make. A dozen a day, if that, I told him. Which material do I use? Stainless steel, 316L. "Fine", he said. "We make 1,200,000 stems per month and sell them for 17 cents apiece.” “This is crazy,” - I replied – “the cost of the material alone is twice that much! How can a Swiss-made stem be cheaper than one made in China?" He laughed - his family has been making watch stems for over 70 years, they have hundreds of stem making machines ranging from the old manual and CAM machines to the latest CNC ones, all working, all paid off. They are using the steel they have had in stock since the watch manufacturing crisis of the 70s. And yes, more than half of their output goes to China – because the Chinese are happy to pay less for more.

The best way to describe my Swiss trip would be a roller-coaster ride. And I am yet to share with you some of the truly life changing encounters.
Stay tuned!
Nick