A number of subscribers were curious to find out more about 'reflectiveness' of watch crystals and anti-reflective coating solutions.  Before we go any further: I am not an expert in the field of optics. Like yourself, I am just trying to figure out what may work and what could be improved.  In other words, in the same boat as any other watch brand and watch enthusiast.

The core of the problem lies in the geometry of modern sapphire watch crystals: flat glasses are less reflective than domed ones, and double domed are double the trouble.

Traditionally, in the early days of wristwatches, watch glasses were just that - made of polished glass.  Its main and only function was to protect the dial and fragile hands - and clarity, low distortion and reflectiveness were secondary properties.  Also the glasses were much thinner and watches were of smaller diameter.  But in just a decade or so later a novelty kicked in: covers which were made of natural rubber - known in the trade as kautschuk. A watchmaker would simply buy 'cured' see-through sheets and cut and mold his own covers.  By the 1940’s, a synthetic polymer methyl methacrylate (better known under the commercial name plexi glass)  kicked into fashion: it was cheap to produce.  It was almost unbreakable, it never shattered, and was incredibly glare-free.  However, one incredible property of plexi glass was it was a perfect self-sealant to stainless steel cases, and it was thanks to humble plexi glass that waterproof watches were really possible.  An example of 1950’s plexi glass development – probably the two best known are Rolex Submariner 5513 and Omega Speedmaster (yes, hesalite is just a fancy word for plastic).

Plastic only had one negative property which is it is very easy to scratch.  By the early 1970's plastic covers were, once again, out of fashion, being rapidly replaced by modern domed and double dome mineral crystals and later sapphire crystals - a modern attempt to offer customers that elusive 'scratch resistance' experience.

So we got back to where we started: having to, once again, deal with distortion, glare and reflection.

There is no such thing as 'spray on' anti-reflective coating. The applying process itself takes a few hours, as sapphire passes through a number of cleaning/coating/curing steps.

The photo on the top shows non-coated crystal on the left and AR coated on the right, both subjected to the same light source. The difference is day and night! The trick is to have just the right amount of coating which will not 'tint' the dial (turning the black to purple or blue) while having the coating layer of sufficient thickness which will 'stick' to perfectly polished crystal for as long as possible.

Based on my experience, Breitling and IWC are trying hard to solve this problem, while Omega has reached a stage where AR coating is as close to perfect as we can expect with available technology. The new Seamaster crystals look just stunning, offering a glare-free view of dial and hands.

In our case, finding the best AR solution means sending our crystals to a few different coating specialists, then comparing the results. Yet another R&D project for the smallest watch brand in the world. Costs? USD$175 per batch of 100 - meaning $175 to coat just one - or 100 crystals.

Exciting project for sure. Will keep you informed.

In case you missed our earlier announcement for Mark 1 orders 40mm automatic), click on the link below. And in case you have put your name down on the waiting list but have not received your confirmation email and your assigned number - please contact us again. 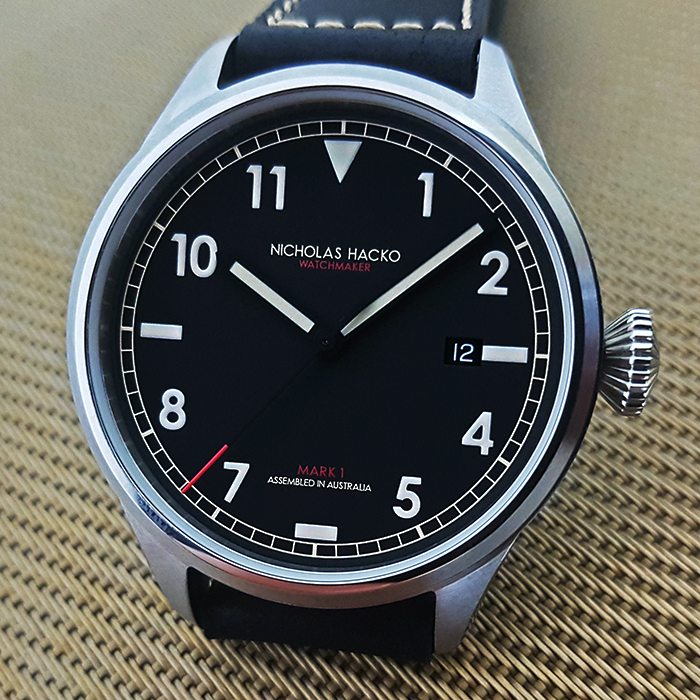